John Cowie grew up in Edinburgh and after gaining an honours degree in Chemical Physics at Edinburgh University, spent two years teaching science and music at Murree Christian School (MCS) in Pakistan. 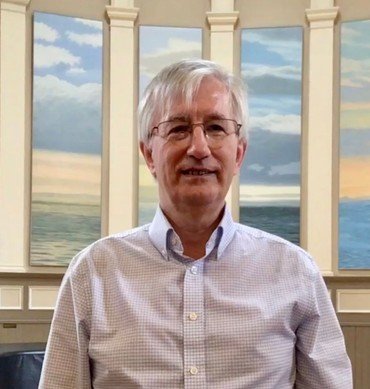 Following that he studied for the ministry at Edinburgh University, before a third year teaching at MCS and an assistant minister’s post at Palmerston Place Church in Edinburgh. He married Gillian and they began a ministry which took them for 6 years to Kirkcaldy in Fife and then 23 years in the English Reformed Church (ERC) in Amsterdam.

The ERC is part of the Church of Scotland’s international Presbytery and during John’s time there it grew to become one the largest congregations in the presbytery with 40 nationalities in worship on a Sunday from over 20 different Christian background. It was also one of the ‘youngest’ congregations where more than half of the worshippers who came together on Sundays were under 45.

John and his wife Gill came to Stockbridge Church in 2013. They are now well settled in Edinburgh and enjoying the multicultural environment of Stockbridge after 30 years away.

After growing up in the Netherlands their three children returned to the UK for study, and now live in Edinburgh and London. John enjoys music and plays bassoon in the back row of the Stockbridge and New Town Community orchestra, as well as the digital world.