Do not despair - for these times will pass. 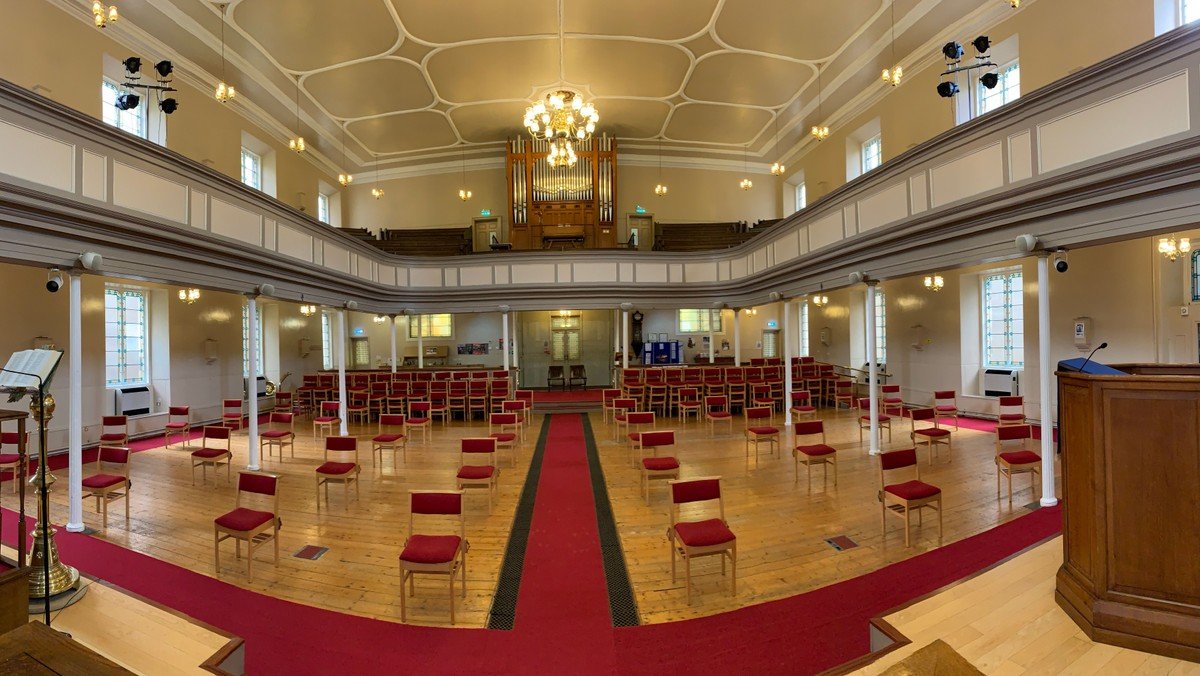 From the Summer 2020 edition of The Bridge.

Before the lockdown started in March I am sure that many of us had a list of tasks that we would like to do if we had the time. Now we know how accurate the list was. I have heard of people learning new skills, brushing up on their French or German in anticipation of being able to go abroad again, learning a musical instrument (I hope you saw Joe and Lucie’s musical offering at the end of the service on June 14 for example), some gardens have never been tidier and allotments are blooming.

Other more mundane tasks have come to the fore, so, as well as walks with my dog and spending time with my granddaughter Elodie, I have used some of my lockdown time to look through my books. This was meant to be in anticipation of a clear-out but it has been a very slow process. I have found a lot of wisdom and good advice.

We are tempted to think of coronavirus stress and the anxieties of our age as unique, and it has certainly deeply affected many people’s lives. However it is simply another bump in the historical journey of humankind and our challenge is to navigate the road faithfully, caring for healthy and sick, strong and weak, along the way.

What brought this most to mind was the rediscovery of Paul Tillich’s The Courage to be.Published in 1952, it is chiefly concerned with how to deal with anxiety. For some people 1952 marked the hopeful beginning of a new era with the coronation of Queen Elizabeth II, and for the first time in 13 years tea was no longer rationed. But World War Two was still very much in the background, British troops were fighting in Korea, and the posturing of the cold war was beginning to ramp up.

My copy of Tillich’s book is the 43rd printing of 1976, so it was a popular text. In 1976 tensions were rising in Northern Ireland. I was a university student then, and the previous summer I and fellow students in my Edinburgh church had brought a group of youngsters from Belfast to Edinburgh for a holiday to get away from what became “the troubles.” There was huge uncertainty about the economic situation, price inflation had hit 25% and interest rates were well into double figures. People had a lot to worry about.

We don’t have much inflation now and interest rates are at an all-time low, but the known and the unknown consequences of the pandemic are causing huge anxiety. For us as Christians today the question is, “what resources does the knowledge of God bring us in anxious times?” Tillich addressed a similar question almost 70 years ago.

I won’t attempt to sum up the thoughts of one of the 20th century's greatest theologians in a few sentences, you have to read the book for yourself to follow his whole thought, but to put it briefly what I think he says is that our encounter with God’s grace is what gives us the courage to be.

Our faith in the love of God makes courage in despairing situations possible. Think for example of how often the Psalmist complains of his situation and yet praises God’s blessings.

In the services after Easter the bible readings have explored the birth of the church and the daunting challenges it faced. As a church we now face the challenges of supporting one another when we can’t get together, of getting buildings ready to accept people when we can, and of a huge deficit in our income. As a society I wonder how people are going to react to being together again, to finding jobs, homes and organising children’s education to name but a few.

Of course I have my fears about how we are going to get through the next year. But I do not despair, because God is gracious and we are his people. As Tillich writes, we are the “Church which preaches the Crucified who cried to God who remained his God after the God of confidence had left him in the darkness of doubt and meaninglessness. To be part of such a church is to receive a courage to be in which one cannot lose one’s self and in which one receives one’s world.”

I wish you faith and courage amongst the doubts and anxiety of these times, for these times will pass.